I had a great time at Christmas while staying at my sister's, but it seems by the following photos that the monkey's had more fun.
It started with a fight to get one of them into the wrapping paper 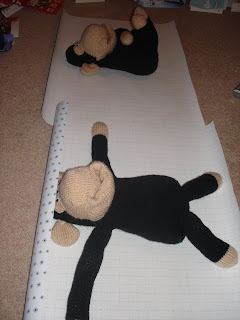 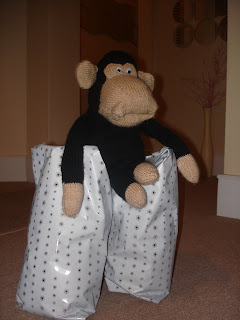 They were both welcomed with open arms by Rach 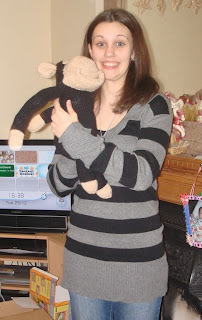 and Lucy, who found a lovely jumper for Cheeky as she has called him, which is appropriate as she is that herself 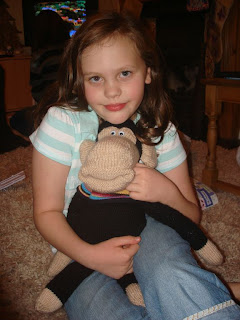 One of them started trying it on with the ladies immediately and scored with my nan!! 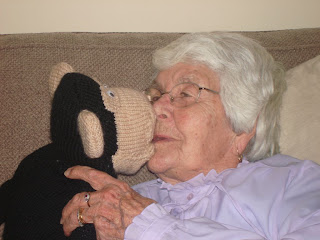 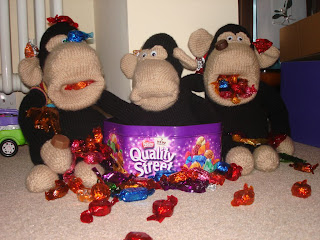 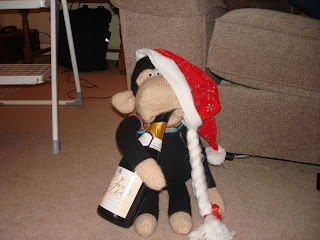 The other one, who may be called Woolie, needed to go out to walk off the dinner, but was shocked at how cold it was and needed lots of TLC 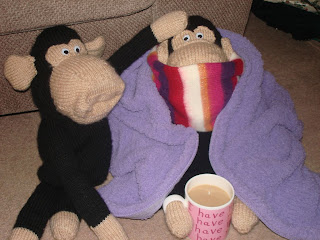 There was plenty more monkeying around, especially when there was chocolate to be had 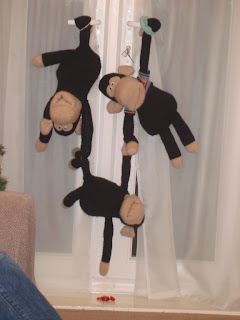 Sadly for the one who may be Woolie, the sprouts had a bit of an effect on his nether regions, and he needed a few stitches to stop the leakage 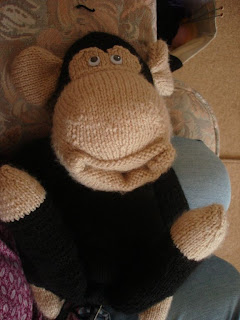 Could this be any more humiliating?!! 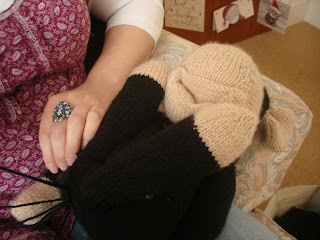 My nieces and I had such a laugh with them all and it's been difficult picking which photos to blog as there were so many!

I hope you all had a great Christmas, and have a Happy New Year!

ROFL - brilliant! They look like they're doing yoga in that first picture and I love the brussel sprout anecdote :o)

Great photos there Kaz .... not too sure about the Nan/Monkey snogging though ;)

I hope you and your family and friends (knitted or otherwise) are having a great New Year.

Love these pics Kaz, good to see the monkees have gone to a good home.

Brilliant Kaz, you have really made me smile.

I love those monkey capers Kaz, so funny! I really want to knit one after seeing yours, so I must get those knitting needles out I think....x

Love the monkeys, looks as though they and you had fun, kissing grandma! Jane x

Ha ha ha ha ha ha!!!! Great post Kaz! Those sprouts can do that to a person. Good job you were around for some emergency surgery. Nice to see Grandma having fun ;)
Happy New Year!
Lesley xx

Fabulous phots of the naughty monkeys LOL,
love the one with the chocolates and bucks fizz ,Dawnx

Hee-hee, love your cheeky monkeys!! And a very happy and relaxed 2008 to you!