I'm off home later tonight after a fortnight of fun with my sis and family. I'm really excited about seeing the newly done room and opening the goodies that have been arriving while I've been away, but I will miss them all here. We've had a lot of fun, including watching the footy with the bunnies. They were disappointed as they wanted Turkey to go to the final. 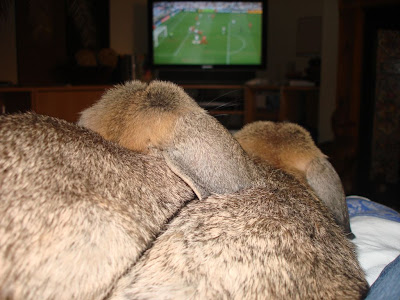 They are doing really well and the wounds are healing nicely, although they are still a bit wary when we pick them up to move them.

Here's a photo of each of them, taken pre-op.

Firstly we have Pepper 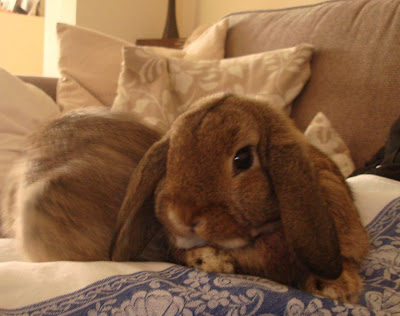 and then we have Mopsy 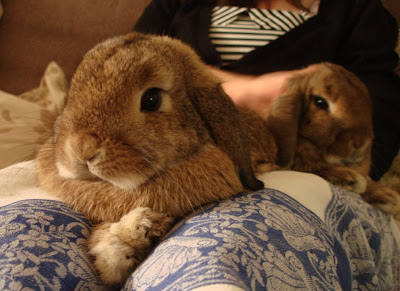 Rach had to have something on her lap as she had a new dress on and they have a habit of nibbling clothes. I have two holes on my jeans to prove it!!

I love the photo of the bunnies watching the football! Totally mad! Lucy x

How cool is that? Holes chewed by bunnies? You'd pay a fortune for that in the shops! :-p x

I hope everything looks perfect when you get home.

Gorgeous bunny pics again - especially the one of them watching the footie :)

Aww, those bunnies are bootiful Kaz. You've taken some lovely pics too. Love your crafting area, I can just see me parking my big bum on that chair hee hee. Lovely Kaz. XX